On Thursday 20th November, our KS1 children received a visit from members of the South Woodham Ferrers Rotary club. During their visit they helped the children to plant purple crocuses in pots whilst explaining about the ‘End Polio Now Campaign’. The purple crocus symbolises the purple dye that is used on children to identify that they have been immunised.
In 1985, 350,000 children were struck down with Polio, however due to the fantastic work from the Rotary, this figure has been reduced dramatically to 223 cases in 2012. The Rotary’s aim is to have a ‘polio free world’ by providing the funding for immunisations.
As we have strong links with the Rotary Club, we would are supporting their campaign. For every £1 we raise the Bill and Melinda Gates Foundation will pay £2 towards this fund.
We are also planning to have a special ‘End Polio Now’ day on the 27th March and will be asking all of our children to help raise awareness by wearing purple to school.

We are really pleased to share photos that we have taken of our crocuses in bloom. We raised a fantastic £115 pounds which will be doubled by the Bill and Melinda Gates Foundation. Mr John Acklaw from the SWF Rotary was presented with a cheque by Mika and Stanley from Class 2. 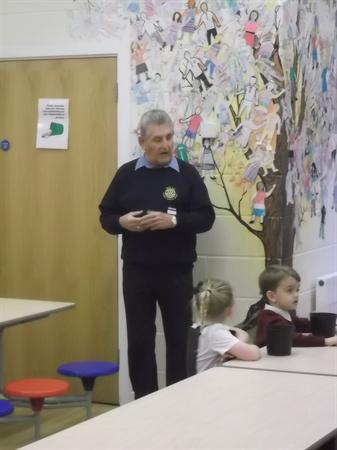 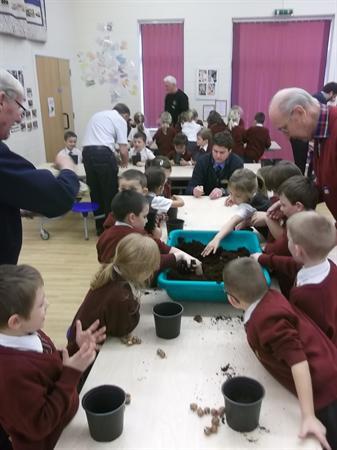 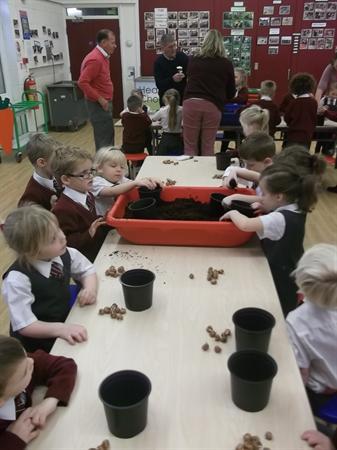 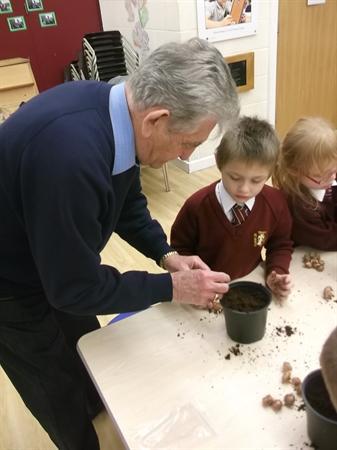 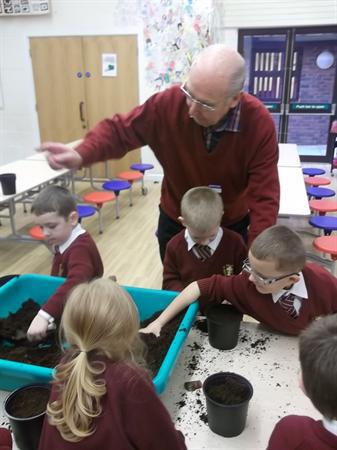 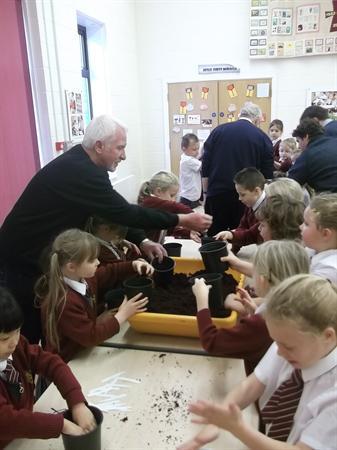 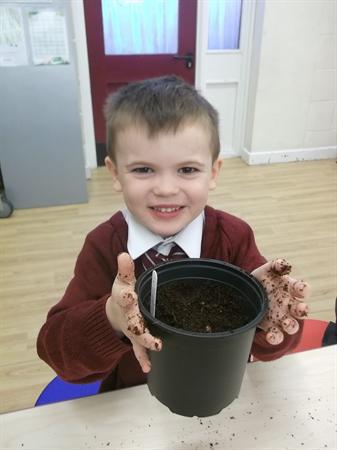 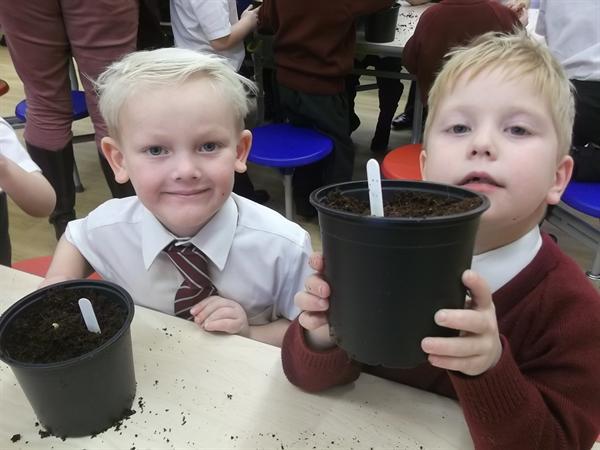 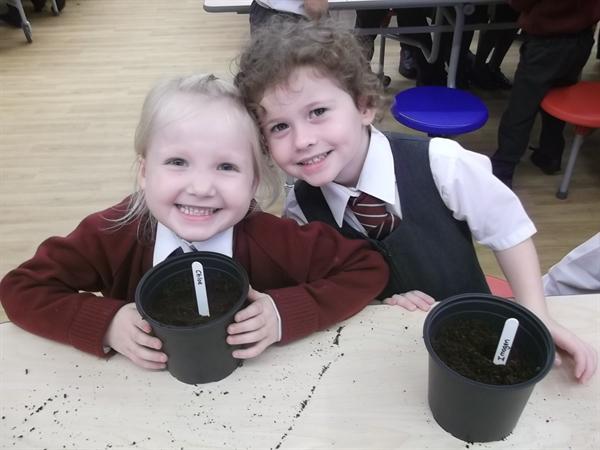 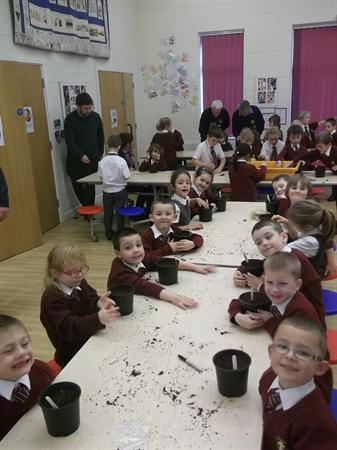 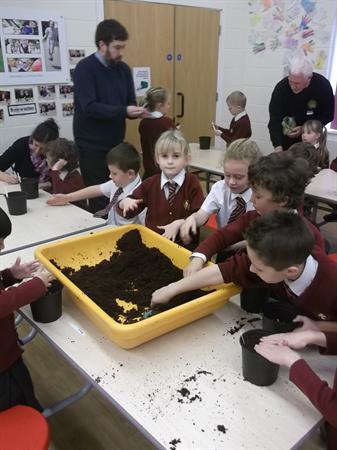 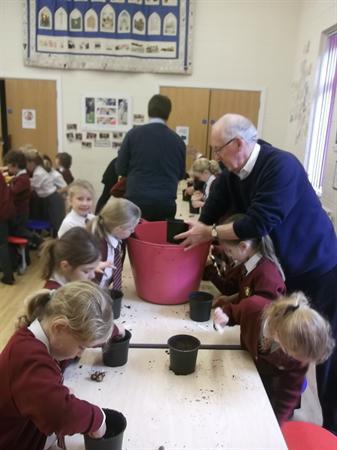 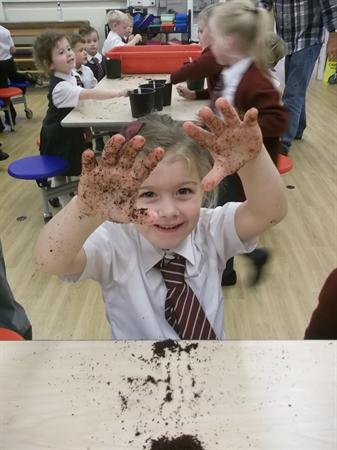 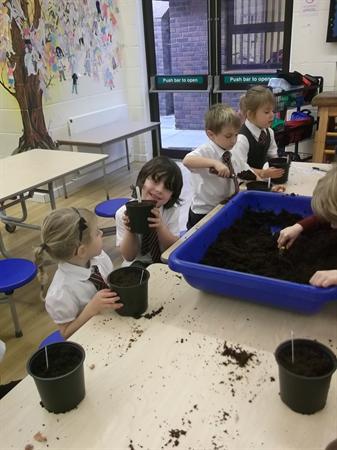 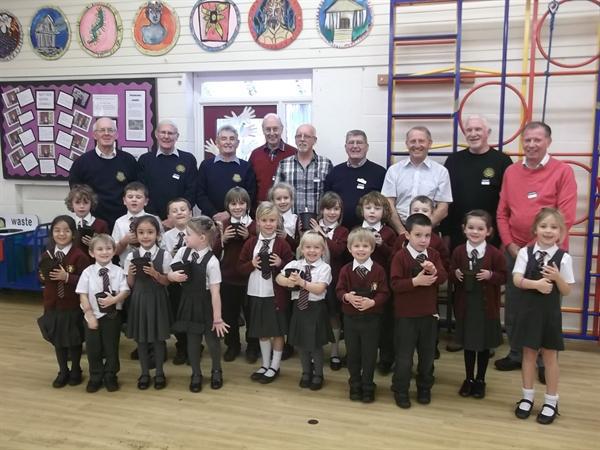 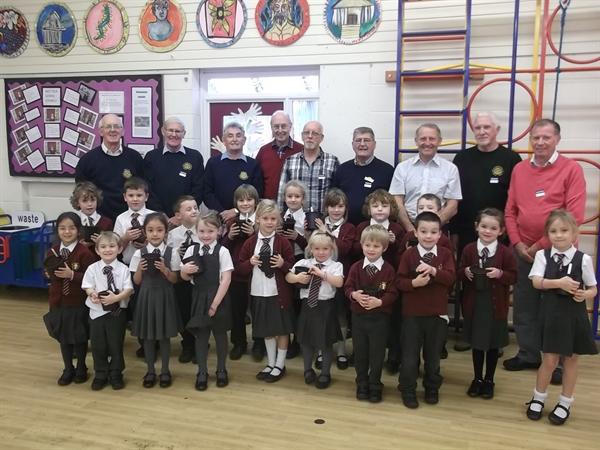 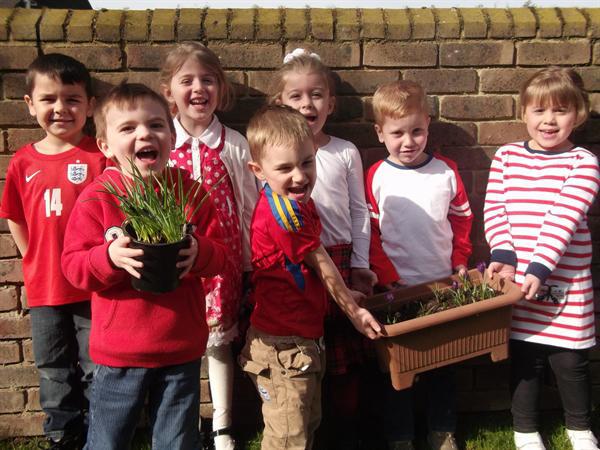 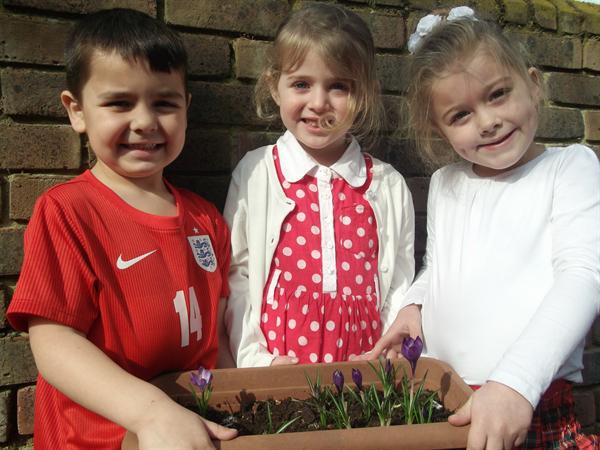 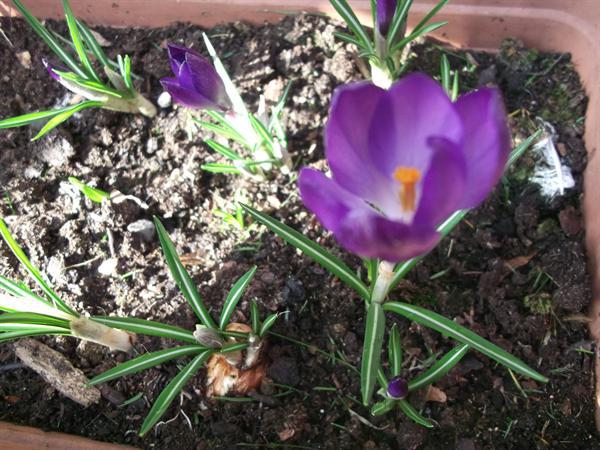 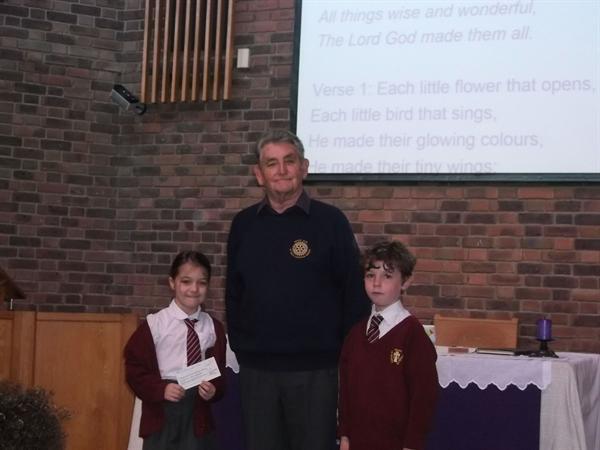